Warning: Use of undefined constant sa_comments - assumed 'sa_comments' (this will throw an Error in a future version of PHP) in /homepages/45/d21098251/htdocs/tokyo-bs/wp-content/plugins/recent-comments-with-avatars/comments.php on line 244
 Tags & Grafitti – Tokyo Bittersweet 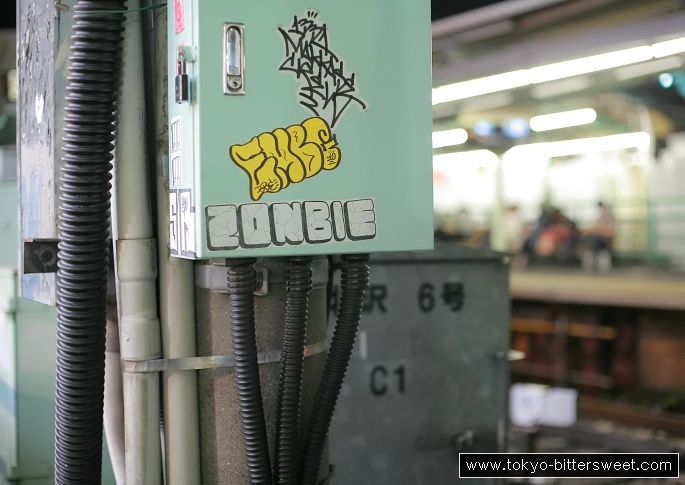 This may lead to some confusion when Japanese transliterate foreign words in the Latin alphabet (romaji). So that’s why this “Zonbie” sticker near Shimo-Kitazawa station gave me a chuckle — Japanese street poster artists trying to be cool and Western, but still couldn’t shake off their Japanese way of thinking about language.